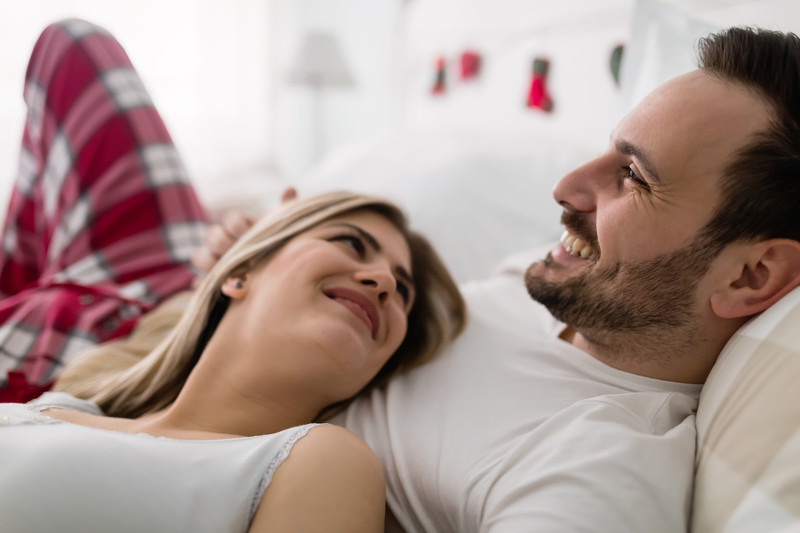 Why is sex essential for a marriage?

In terms of the physical side of relationships. Sex is an essential part of building and continuing a bond between two people. When two people are committed to each other, it can also become a spiritual act of showing love to the other person. Maharishi Mahesh Yogi was often asked if, to get enlightened, we needed to become a celibate monk like he was. He explained how there are two paths – that of the householder and that of the monk and both paths had the potential to lead to enlightenment.

In fact, in the tradition of teachers which passed down the Transcendental Meditation technique, the method was often passed from father to son. And Maharishi said, “Wife means half a body for the two bodies make one life”, so obviously the mother was equally enlightened as the husband. Maharishi said being a householder and being devoted to your partner can be as profound an experience as being a Sanyasi monk. He said, “This is practical devotion. They live for one another. It is a complete sacrifice, more than a Sanyasi. The reward of this sacrifice is not a burden. Each is giving of total life and receiving fullness in return.”

In Vedic ceremonies, it is commonly known that no ritual or sacrifice can be complete unless the wife is also present. In the Vedic text the Ramayana, Rama’s mother Kausalya offers oblations to the fire god Agni and Tara performs a ritual for the success of her husband Vali against Sugriva. In the Upanishads there are learned women like Maitreyi who abandoned wealth for wisdom, Gargi who entered into a debate with sage Yajnavalkya and Bharati who acted as judge in the philosophic debate between her husband and the Shankaracharya. When her husband was losing the debate, she told the Shankaracharya that his victory would be complete only if he could defeat her, since she was the other half of her husband.

Often men can’t express their love except in that way and they also don’t feel fully loved unless they receive it physically. And if both people are gaining joy from it, it becomes a much richer experience.

In terms of loss of energy from sex, there are Tantric techniques etc which can be used. Sipping hot milk afterwards can also help men to regain any lost energy.

How can you help each other grow and be more spiritual?

If you are over fifty, after the courtship period, once you are happily married – it depends on the people – but generally sex isn’t as urgent and frequent a demand that it dominates life entirely. And being with a spiritually-orientated man can enhance your own spiritual practice. For example, last night my husband and I went to listen to the Pundits chanting (one of the spiritual events that happens in Fairfield Iowa). If I were by myself, I may not have made the effort to go, but because we both enjoy it, its easy to go together. And it always has a profound spiritual effect.

It is the same with meditating regularly. It’s so much easier when you both do it and the experiences, I find are always deeper when I meditate with my husband than when I do it alone. And we encourage each other to go to the Dome (we are both sidhas) because we know we always feel better if we do. And it is the same with exercising regularly and eating healthy food – you can have a positive influence on each other if you both aim to do that.

Maharishi said, “Married life is an innocent opportunity to improve spiritual life. What a Brahmachari gains by celibacy a married man gains by devotion. We follow one path or the other… in between is a waste of time.” So someone who is in a relationship, who choses to be celibate, is by avoiding his responsibility of bringing unity to the relationship by having sex occasionally, generating bad karma and thereby slowing down his or her evolution towards enlightenment.

You shouldn’t feel you have to choose between a spiritual life and a life filled with love. You can have both and one can enhance the other. It’s like a lively silence…. because that’s really what silence is…it isn’t flat… it’s full of potential.

IT'S FREE TO JOIN

JOIN THE CLUB TO FIND YOUR MATCH